The overwhelming sense we have felt these past few weeks is that the majority of us, finally, are thinking/talking about equality in an honest manner. To help keep that conversation going, we offer a few additional ideas:

1. After a racist park encounter, Chris Cooper takes us birding in Central Park. This video provides the best explanation I’ve seen of what happened to Chris. It also does a good job revealing the bias that exists in America.

2. There is a really good series on PBS on Asian Americans. In case you missed it, here’s the link.

You’ll need to be a public television/radio member to access. If you aren’t, now is a good time to join. As Sylvia, one of our Chaparralians, wrote, “I already knew some of the history, but I learned so much from this series. I was amazed at how much history seems to be repeating itself and how much Asian Americans influenced America. Most of the history education and mainstream culture that I grew up with and still experience has a non-Asian perspective.”

3. This piece from the online hiking journal Trek has several interesting ideas on how to address racism, especially for those of us in the environmental community.

4. Black birdwatcher. Jason Ward, a birder of color, provides more insight into the remarkable experience of bird watching. In this video, he joins Drew Lanham to watch birds in the Northeast. Drew was the ornithologist I met in Madison, Wisconsin, who helped me meet the racist within myself. Please watch this and other videos on Jason’s channel. 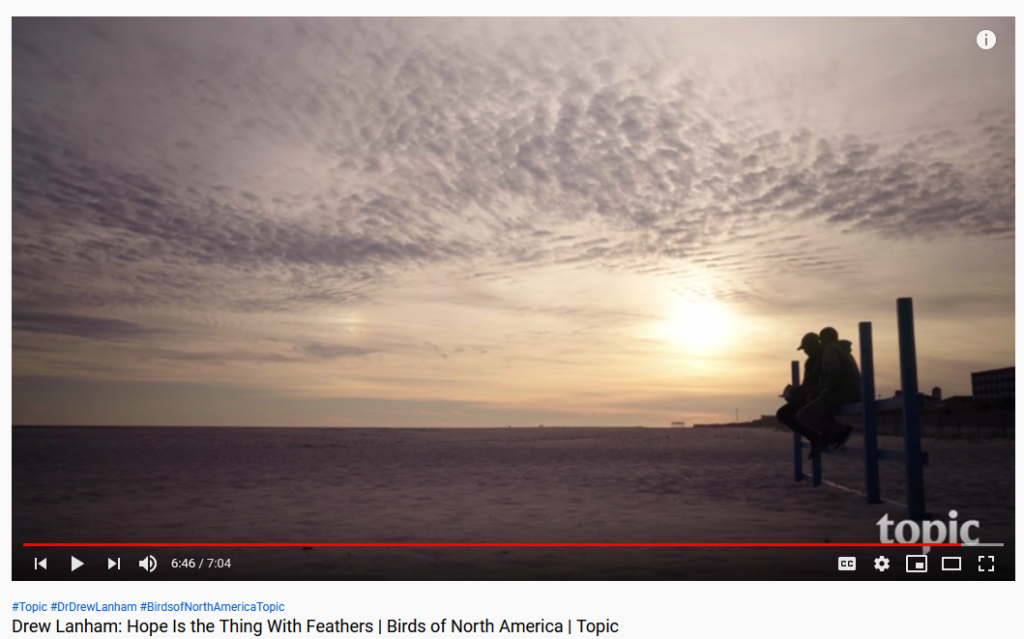 5. Still Lost. The vast number of reactions to the essay I wrote about racism were extremely positive and encouraging. They gave me hope, and continue to do so. But there were a few people who expressed their ignorance in hateful replies. Although expected, they were still shocking to me. One came from an active member of an environmental group in the San Fernando Valley. I’m in the process of addressing that one. For the others, I let them know I dropped them from our contact list as requested. The important thing I am trying to remember is that we need to respond, no matter how uncomfortable it may be. We can’t ignore racism anymore, especially when it is difficult to recognize. For example…

6. Access to Nature. When the talk begins to turn into action, there’s the inevitable push back. Watch for it and Resist.

For example, in an effort to create a transit network to allow disadvantaged communities access to the Angeles National Forest, Glenn Owens, co-founder of the Big Santa Anita Historical Society said,

“I go up to (Santa Anita Canyon) every day and most of the people are from all over the place: Whittier, Long Beach. They don’t seem to have any problems getting there.”
Here’s the link to the story.

The comment reminds me of several statements I’ve heard trying to account for the lack of people of color in some natural history related groups. It was suggested that black people just don’t volunteer at the local museum or become rangers because, “it may be the very case of trying to fit a round peg in a square hole,” or “because that isn’t their thing.”

While it sounds right to a white person to say he or she is “color blind,” or doesn’t believe in races, or “all lives matter,” or “everyone is welcome in any ethnic or socio-economic group no matter what,” what is really being communicated is denial. It implies the real pain, the withering discrimination, and the hate people experience because of the color of their skin, are not important enough to consider, because, after all, race doesn’t exist – we are all equal.

It is important for white people to realize that they will never fully understand how it feels to be a person of color in the United States. As a consequence, white people often say things that they think are perfectly reasonable and respectful, about race and racism, when in fact they cut deeply and invalidate the pain people of color feel every single day BECAUSE of their skin color.

← For People, for Nature – Acknowledging the Racist Within
Why We Left Facebook →